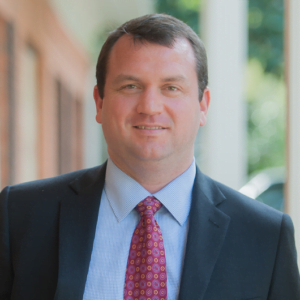 Ryan B. Hobbs joined Brooks, LeBoeuf, Foster, Gwartney & Hobbs in 2014 and became a firm partner in 2015. Mr. Hobbs focuses much of his practice in the area of labor and employment law and in this area represents employees who have been discriminated against or wrongfully terminated, as well as employers who have been accused of discriminating against current or former employees.

Throughout his legal career Mr. Hobbs has litigated hundreds of cases in both State and Federal Court involving all types of employment discrimination including race, gender/sexual harassment, disability, national origin, religion, retaliation, unpaid overtime, and the Family and Medical Leave Act. In addition to employment law, Mr. Hobbs regularly practices in the area of personal injury, to include motor vehicle accidents and wrongful death cases.

Since 2016 Mr. Hobbs has received the AV Preeminent Rating from Martindale-Hubbell, the highest rating available based upon confidential reviews by local lawyers and judges. Indicating that Mr. Hobbs’ peers and judges rank him at the highest level of professional excellence. Alongside this rating Mr. Hobbs has been recognized by Super Lawyers as a Florida Rising Star for his work in the area of Business Litigation (2012 – 2014, 2016, 2018 – Present) and was named a Top 40 Under 40 by the National Trial Lawyers in 2016. 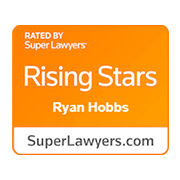