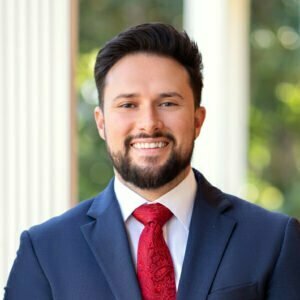 Ryan P. Molaghan focuses his practice in the areas of Civil Litigation with an emphasis on Personal Injury, Civil Rights Protection, Employment Law, Professional Malpractice, and Criminal Defense. He firmly believes in holding wrong doers accountable for their actions and defending the constitutional rights of those criminally accused. His zealous advocacy has resulted in many successful outcomes for his clients in both Federal and State courts throughout Florida and Georgia.

Mr. Molaghan grew up in Massachusetts and was an avid athlete throughout his adolescence, deciding to pursue his passion for baseball at the University of Tampa. Upon earning his bachelor’s degree in finance, Ryan worked in the insurance industry and later started a career as a financial analyst in New York City. Ultimately, Mr. Molaghan’s competitive nature and fascination with the American judicial system encouraged him to change paths and pursue a career as an attorney.

Mr. Molaghan is a member in good standing with the Florida Bar and Georgia Bar and is admitted to practice in all Florida Courts, Georgia Courts, as well as the United States District Court and Northern District of Florida.