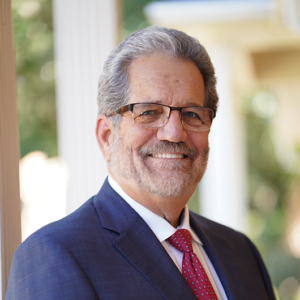 Dean R. LeBoeuf is the Managing Partner at Brooks, LeBoeuf, Foster, Gwartney & Hobbs. He focuses his practice on complicated civil litigation involving personal injury and all wrongful death matters, including accidents involving negligent motor vehicle drivers, medical malpractice cases, and nursing home abuse/neglect cases. He graduated in 1978 with honors from Florida State University with a political science degree and minors in accounting and economics. Mr. LeBoeuf then graduated from Florida State University College of Law in 1981 and went on to enter private practice with the law firm of Brooks, Callahan, and Phillips before becoming the cofounder and Managing Partner of Brooks, LeBoeuf, Foster, Gwartney & Hobbs in 1987. Since then, he has directed the operation and growth of the firm.

Throughout his legal career Mr. LeBoeuf has had the honor of receiving recognitions for his dedication to justice. Such accolades have included being named Trial Lawyer of The Year by the American Board of Trial Advocates – Tallahassee Chapter (2006), receiving the title of Florida Super Lawyer for his work in the area of Plaintiff Personal Injury since 2006 (an award only given to the top 5% of attorneys in the state), as well as being named by Florida Trend Magazine as one of Florida’s Legal Elite (2006-Present). Mr. LeBoeuf was also named Tallahassee “Trial Lawyer of the Year” for 2023 by US News – Best Lawyers in America.  In addition to these achievements, Mr. LeBoeuf has been AV® Rated by Martindale-Hubbell® since 1997, the highest lawyer rating available based upon confidential reviews by local lawyers and judges.

Mr. LeBoeuf has also authored several articles for the Florida Bar and has lectured extensively in civil litigation and trial practice. Alongside these academic contributions, he has held many professional leadership positions such as having been President of the Tallahassee Bar Association (2003-2004), having been appointed to the Second Judicial Circuit Professionalism Committee, and having served as the Chairman of the Leon County Bench Bar Committee. In addition, he has served on several professional and community board of directors, including the Bond Community Health Center, Community Christian School, Pembridge Place Homeowners Association, the Florida Bar Grievance Committee, and the Capital Area Chapter of the American Red Cross.

Mr. LeBoeuf and his wife Carolyn, who is also a lawyer, are committed to the fight against human trafficking. Together with their daughter Nicole they have started a jewelry business, called Victress Over Darkness and all the profits from the business are used to fight against the injustice of human trafficking throughout the world. Their daughter Nicole is also executive director of Christians Against Trafficking (CAT), that has the same mission. When they are not working, Dean and Carolyn like to travel and go to the beach with their two adult children and three grandchildren. 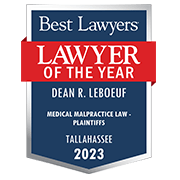 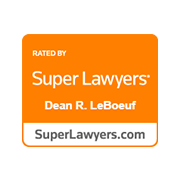