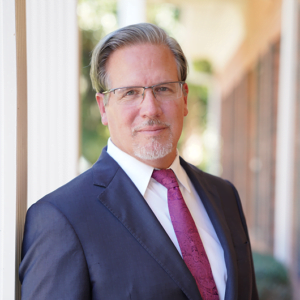 Matthew K. Foster is Managing Shareholder of Brooks, LeBoeuf, Foster & Gwartney.  He practices personal injury focusing on helping injured victims of auto and trucking accidents, sexual abuse, and negligent security cases. He joined Brooks, LeBoeuf, Foster & Gwartney as a college intern in 1991, becoming an attorney there in 1994, and has led the firm’s growth and development as Managing Shareholder since January 2023.

Since 2007 Mr. Foster has earned the AV Preeminent® Rating from Martindale-Hubbell®. The AV Preeminent® Rating is a significant accomplishment that is only awarded to lawyer’s whose peers rank them at the highest level of professional excellence. During his time as an attorney Mr. Foster has been designated as one of the “Top 100 Civil Trial Lawyers” in the Florida by the National Trial Lawyers (2022) and awarded the Lawyer to Legacy Golden Eagle Award by the Florida Justice Association (2018) for his dedication to civil justice. This title is awarded annually to only six lawyers in the State of Florida. He has also been named Worldwide Registry’s Elite American Lawyer (2015).

In his free time Mr. Foster is committed to charity and volunteer work with a variety of Christian-based organizations, such as Young Life where he served as a board member. Mr. Foster, his wife Linzy, and two children attend Trinity United Methodist Church where Mr. Foster serves as the Chair of the Church Council.

As a result of being seriously injured on his bicycle by a distracted driver at the age of 12, Mr. Foster developed a passion for helping accident victims. He fights against insurance companies and corporations that place profits over safety. He has helped the victims of serious violent crimes obtain substantial monetary recoveries against apartment owners who failed to provide adequate security for college students and other residents. His background in both civil and criminal litigation gives him a unique perspective in handling serious negligent/failed security claims and in representing victims of sexual abuse. 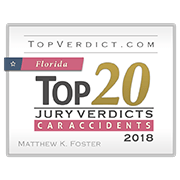 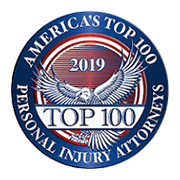