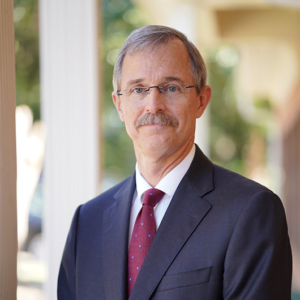 Scott E. Gwartney graduated from Liberty University in Virginia in 1985 with a degree in political science and human resource management. The Tallahassee native then returned home to attend Florida State University College of Law, graduating in 1991 and has remained in Tallahassee since. After working with the first attorney to successfully submit a nursing home case to verdict in the State of Florida, renowned trial lawyer Kenneth L. Connor, the two went on to create The Connor & Gwartney law firm. The firm eventually joined the Tampa-based nursing home litigation firm of Wilkes & McHugh, becoming its Tallahassee office, where Mr. Gwartney continued to work until he joined Brooks, LeBoeuf, Foster & Gwartney in 2002, becoming a firm partner in 2003.

Mr. Gwartney passionately believes that our senior citizens deserve to be treated with respect and dignity. In the same manner that fine china is treated with a gentle touch, our physically frail elderly citizens also need to be treated with in the same manner. They deserve no less respect and dignity than that which is afforded to any other member of our society. The results of Mr. Gwartney’s experience and efforts on behalf of the elderly speak volumes about his expertise and dedication. His work on behalf of his clients has led to numerous verdicts and settlements of $1 million or more across the southeast. Mr. Gwartney’s case load is very active throughout Florida and Georgia, but he is also licensed to practice law in Tennessee, Texas, and Virginia.

Mr. Gwartney has been recognized among the Nation’s Top One Percent by the National Association of Distinguished Counsel (2014 & 2015), as one of the Top 100 Trial Lawyers by the National Trial Lawyers (2012 – present), and among Florida Trend Magazine’s Florida Legal Elite (2012 – present). Mr. Gwartney has also been named a Florida Super Lawyer for his work in Plaintiff’s Medical Malpractice, an award only given to the top 5% of attorneys in the state (2006, 2014-2015, 2019-present). Alongside these achievements Mr. Gwartney has received the AV Preeminent ® rating from Martindale-Hubbell® since 2009, the highest rating available based upon confidential reviews by local lawyers and judges. Due to his expertise, he is also frequently called upon to share his knowledge about long term care and medical malpractice litigation with peers in both the legal and medical professions and as a guest lecturer in the university setting

When he is not working, Mr. Gwartney is active in his church and local community. Inspired by his own family experience, he served on the Florida Agency for Health Care Administration’s Bone Marrow Transplant Advisory Panel from 2011-2022 and currently serves on the board of directors for several charitable organizations in the Tallahassee area including Lighthouse Children’s Home and A Doctor’s Heart (an organization he co-founded to support ministries serving the river people deep on the Amazon River). He is a strong believer in faith, family, and community and enjoys spending time with his wife, Cathy, and their three children. He is also an avid fan of FSU athletics. 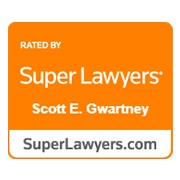 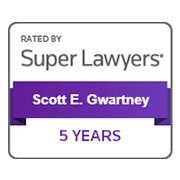